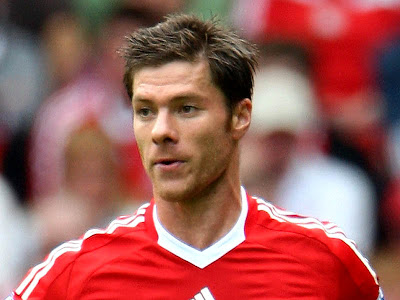 A spokesman from the National Union of Journalists has bemoaned 'a dark day for the profession' as Liverpool finally agree to sell Xabi Alonso to Real Madrid.

When Alonso made it clear at the end of last season that he intended to join defence-phobic underachievers Real, it unleashed a devastating torrent of formulaic transfer stories.

However, reports this morning suggest that the deal is finally complete - news that will bring relief to a public still reeling from an Alonso overdose but which has plunged the nation's journalists into crisis.

"If Alonso has joined Real then it is a black day for all sports journalists," National Union of Journalists general secretary Jeremy Dear lamented. "We all feared this day would arrive.

"Over the last two months, lazy hack journalists have been assured of filling their 500-word quotas with an Alonso-related headline and a few paragraphs of unsubstantiated, rehashed dirge.

"But these wonderful days are over and I genuinely don't know how the column inches will be filled."

The nation's papers are yet to officially respond to the situation, but an insider at The Sun informed us that "we'll throw something together involving tits."