Faced with terrifying possibility of fulfilling potential, Spurs lose to Stoke to be on the safe side 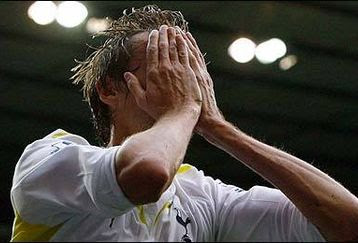 Tottenham Hotspur have confirmed that they lost their Premier League clash against Stoke on purpose to “preserve the club’s proud tradition of underachievement.”

In a bizarre turn of events, Spurs made a powerful start to the season and find themselves in fourth place prior to last weekend.

However, the men in white moved towards the more familiar surroundings of mid-table by losing to Stoke.

A statement on Spurs’ website reassured fans that their defeat to long-throw loving charmless Potteries side Stoke City was premeditated.

“Tottenham Hotspur FC would like to make it known that yesterday’s 1-0 loss to Stoke City was a thrown game,” it reads.

“The directors met on Friday afternoon and expressed their anxiety at the current direction of the club and we unanimously decided that losing to a mediocre side with a sleazy, hatted coach would be the best path.

“Tottenham Hotspur has a rich history of achieving much less than the sum of its parts and we don’t intend to deny the loyal fans the chance to permanently feel slightly hard done by and make self-deprecating remarks.”

Spurs boss Harry Redknapp refused to comment on the match to journalists who approached him at a police auction in Dagenham but professed his delight at winning a job lot of dented car bumpers for a monkey.
Posted by Paul Watson at 15:31