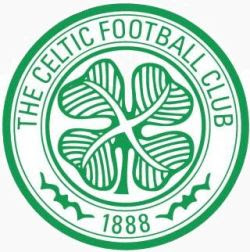 It has come to the attention of the Back Of The Net editors that our story 'Brave Celtic's Champions League Run Almost Over' contained a number of inaccuracies, which we would now like to rectify.
It was alleged in that article - among other things - that Celtic's track record in European competition is poor, that they come from a farcically uncompetitive league, that Scottish football is primitive to the point of all-out unwatchability, and that Bhoys manager Tony Mowbray is cursed with one of the most dour faces in the country.
Following Celtic's 2-0 win in Dinamo Moscow - which, again, Back Of The Net wrongly suggested was impossible, because of the Hoops' piss-poor form in away European ties - we would like to make a full and unreserved apology to Celtic and to all their fans, who handled the slurs in the offending article with their usual sense of humour. We accept the evidence that Celtic are a solid side, that Scottish football is in rude health, and that Mr Mowbray is quite capable of smiling and saying interesting things.
We wish them all the best for the remainder of their Champions League campaign, and then from September onwards, their UEFA Cup campaign.
Posted by MWatson at 03:59