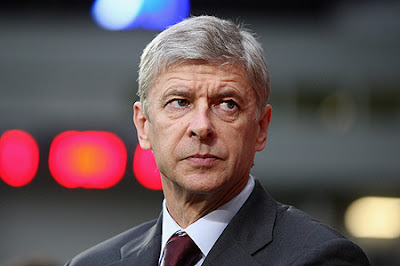 Frustrated at being priced out of the summer transfer market, Arsenal have outlined controversial plans to launch a military coup in West Africa in order to flesh out their squad.

There has been a unique feel to the 2009-10 pre-season as cash-rich, prestige-poor mid-table mainstays Manchester City have embarked on an insane signing bender at the expense of every other Premier League side.

While City boss Mark Hughes is struggling to accomodate a squad of nearly 6,000 players and has complained about having to conduct team meetings in the Manchester Evening News Arena, Wenger has a very different problem after a lean summer in the market.

Arsenal's sole new recruit of the summer is forgettably faced left-back Thomas Vermaelen, signed as part of the EU's 'Interesting Jobs for Belgians Initiative', so the departures of Kolo Toure and Emmanuel Adebayor have left fans fearing another trophyless campaign.

And with time running out before the transfer window snaps shut, Arsenal boss Wenger has taken the unorthodox step of launching a campaign of ruthless colonisation.

"Arsenal Football Club have used every effort to add to their squad using peaceful means this summer, but these attempts have proven unsuccessful," a club statement reads.

"In these times of great hardship, difficult decisions must be made and that is why we will be leading an expedition of conquest to the Ivory Coast. May God protect our men and allow us to pick up at least a couple of squad players."

Wenger has named a strong squad for the away day in Abidjan but Jack Wilshere (thigh) and Alexandre Song (objection to the brutal subjegation of his fellow Africans) are doubts.