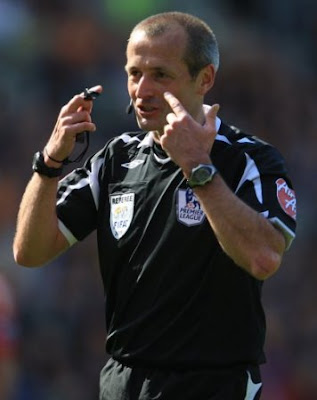 More than 72 hours after it kicked off at Old Trafford, Sunday's eventful derby between arrogant superpower Manchester United and arrogant non-superpower Manchester City was still going on last night, weary supporters reported. Using Twitter, Facebook and other means of communicating with the outside world, fans of both clubs appealed for the game to be brought to an end as United went 45-44 ahead, Darren Fletcher scoring from a header after being left unmarked at a corner for the eleventh time by City's expensive back four.

With the teams level at 25-25 around three in the morning on Tuesday, officials seemed on the point of bringing the game to an end, but the sight of a furious Sir Alex Ferguson on the sidelines, pointing to his watch, deterred them for long enough for Ryan Giggs - wearing his pyjamas and carrying a mug of cocoa - to put United ahead for the twenty-sixth time.

The match, still in progress at the time of going to press, is still some way short of the record: United's 2005 win over Middlesbrough, when they came back from a three-goal deficit after referee Mark Halsey controversially played a week of injury time after a game with few stoppages. But the FA's refereeing guru Keith Hackett has defended Atkinson's timekeeping, saying: '4,360 minutes might sound like a lot of injury time, but you've got to remember City took their time over several throw-ins'.
Posted by MWatson at 16:42