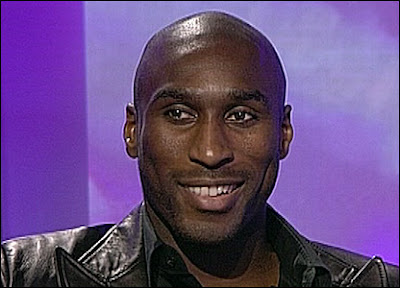 Sol Campbell is edging closer to a move to Roy Keane’s Ipswich Town with both parties happily predicting a “messy contract rescission after a few weeks, if not days.”

Ipswich are short of players after psychotic ex-beardy man Keane told 90 percent of the squad they would never play for him again following a sluggish start to the season.

Meanwhile, Campbell is again without a club after significantly reducing his commitment to Notts County from five years to seven days.

And Keane has made his interest clear, stressing that he would love nothing more than to snap up the England international and fall out publicly with him.

“I’m really keen to sign Sol,” Keane stressed. “I demand 100 per cent commitment from my lads and when I don’t get what I consider to be 100 per cent I start a vicious public spat and sack them.

“Bringing in Sol would give me a great opportunity to be disappointed by, start a training ground fracas with, and curtail the career of, one of the best central defenders in the country.”

Campbell, who has stated that he “would quite like to find a new club, I suppose’, also seems happy with the Portman Road option.

“Ipswich would work I guess,” he yawned. “Really anywhere’s fine. I’ll just have a kick around, get to know the lads and if I don’t like it I can always leave under a cloud, no biggie.”
Posted by Paul Watson at 04:55