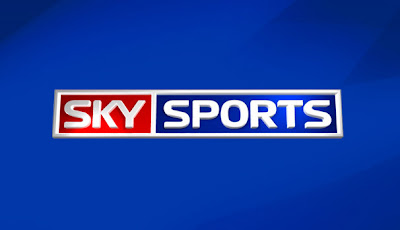 Sky Sports face the threat of legal action this morning after describing yesterday's bill of Bolton v Blackburn and Stoke v Portsmouth as a 'Super Sunday'. Trading Standards authorities launched an investigation when hundreds of viewers complained at the poor fare, and a panel of experts ruled that not one minute of the 180 could accurately be described as 'super'. Around thirty minutes were 'good, honest toil', seventy minutes consisted of 'attritional stuff', and the remainder was classified as 'total dogshit'.
'Originally, I had no intention of watching Stoke-Portsmouth,' said one disappointed viewer. 'There was a 'Friends' marathon on T4 and those guys' antics never get boring. But then I saw the trailer for the football and when they announced it was a Super Sunday, well, I felt I couldn't miss it. There were all these slow-motion shots of Ricardo Fuller and some of Paul Hart looking worried on the touchline. And that man who does the voiceover sounded genuinely excited.'
Another Sky subscriber was up in arms after missing his sister's wedding in order to take in Bolton-Blackburn. 'This was a huge deal for my family,' lamented the viewer, who did not want to be named, 'but when I got a text saying Super Sunday was on, I was forced to pull out and get to a television. If I'd known I'd be watching players like Kevin-Prince Boateng and Rory Delap, I would never have missed Polly's big day. Sky should be more careful advertising matches as 'Super' when they're between two functional Lancashire outfits who can hardly put a pass together.'
Richard Graeme, head of media and communications, confirmed that Sky would be reviewing their advertising policy. 'We have already re-classified December 2 as a 'Workmanlike Wednesday', and December 6 [when Sky show matches involving Scunthorpe and Everton], which was going to be a Super Sunday, will now be billed as 'The Best Sunday We Can Manage, Given That Our Contract Forces Us To Share Airtime Around Between Some Dreadful Clubs''.
'Still,' Graeme added, 'it's not like Spurs-Wigan would have been any more exciting, is it?'
While Sky backtracked over their adverts, the man who does the wildly excitable voiceover denied that he had deliberately misled viewers. 'I. JUST. REALLY. LOVE. FOOTBALL,' he boomed from a recording studio, over slow-motion footage of Hull against Fulham.