Comedy kings ‘working through night’ to provide Lawro with zingers 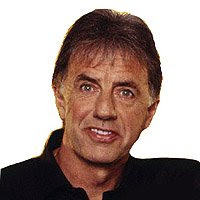 An insider at the BBC has revealed that a ‘crack team of award-winning comedians’ are working overtime to provide dour pundit Mark ‘Lawro’ Lawrenson with material ahead of the 2009-10 Premiership kick-off.

A defensive stalwart of Liverpool’s unrealistically successful side of the 1980s, Lawrenson had no trouble finding work with the BBC after hanging his boots up, but the man once touted as the ‘third Chuckle Brother’ has failed to live up to the hype.

Hurt by the results of recent focus groups that saw Lawro lose out to Mark Pougatch in the popularity stakes after another season of workmanlike punditry, the Preston native called himself back from holiday in Magaluf ahead of schedule in order to begin top secret meetings with some of contemporary comedy’s keenest minds.

“Lawro wasn’t happy with his performances last year,” a BBC source told us.

“There was a period of real soul-searching where he was asking everyone whether they thought he was funny – it was really awkward.

“You have to remember this is the man who came up with such classics as ‘easy for you to say’ and ‘that’s one word for it’. Mark has high standards when it comes to comedy and he’s his own harshest critic.”

Reports from Broadcasting House suggest that a ‘psychotic looking’ Lawrenson has been putting in 16-hour shifts with a writing team that cost him £1m to assemble.

He has also reportedly told friends that his material ‘shits on Lineker’ and pledged that ‘people will have to reassess what they know about comedy after this season’.