Creator of Confederations Cup hooters: I am become Death 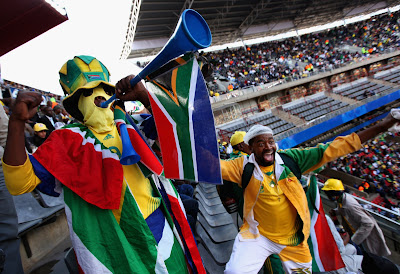 The man responsible for inventing the deafening hooters that have provided a repulsive backing track to the Confederations Cup has stated his infinite regret in an emotional open letter.

The staggeringly irrelevant Confederations Cup has brought a much-needed dose of football to a public suffering withdrawal symptoms after nearly a week of abstinence.

However, games in South Africa have been accompanied by the annoying drone of hooters wielded by fans – a noise so loud and piercing it can be heard from as far away as Kenyan capital Nairobi.

“We knew the world would not be the same. A few people laughed, a few people cried. Most people were silent,” hooter mastermind Professor Stephen Hootswell recalls in his heartfelt letter.

“Now I am become Death – the destroyer of worlds.”

The level of irritation these hooters have caused is such that ‘Hootergate’ has endangered the future of the tournament, football and indeed mankind.