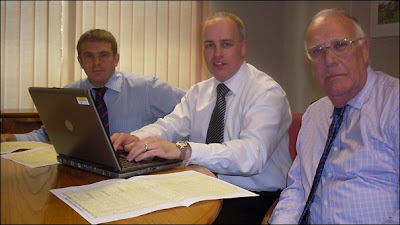 The post-relegation hangover shows no sign of easing for Middlesbrough fans, as the Championship new boys face a gruelling journey to Plymouth’s Home Park for every one of their 2009-10 fixtures.

Boro lost their Premier League status on the final day of last season to drop down to the second tier for the first time in 11 years.

Fans at the Riverside had looked forward to the fixture list with some degree of trepidation, but they weren’t to know exactly how galling their 2009-10 schedule would be.

It has emerged that a virus on the computer system that generates the fixtures for the coming campaign undid hours of painstaking work from some of the keenest mathematical minds in the country.

While most Football League sides have been dealt a legitimate hand, Middlesbrough’s fixture list reads ‘Plymouth (A)’ for all 46 weeks.

The North-Eastern outfit are expected to appeal, but the man in charge of the process has hinted that wonky-nosed boss Gareth Southgate would be better served preparing his men for a weekly 630-mile round trip.

“Everyone involved is disappointed,” Glenn Thompson of Atos Origin IT services admitted.

“But this is why we have a computer, so people can’t claim there’s any bias. The computer has spoken and we must accept it.

“Obviously I did check through the list, but I was really just looking for things like two derbies on the same day or games that Sky wouldn’t want to clash, I guess I didn’t look at Middlesbrough. You have to remember that this job is really fucking boring.”

A statement on Middlesbrough’s official website has encouraged fans to ‘see this as 46 exciting road trips,’ or to ‘rent a second home somewhere in Devon, just for a year like.’