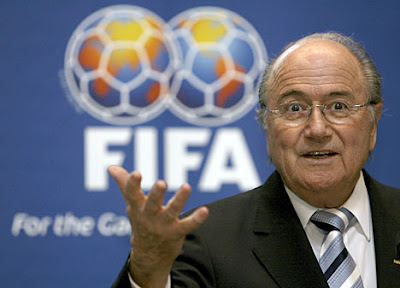 With fans facing the horrifying prospect of nearly a fortnight without football, governing body FIFA have outlined plans for a 'pre-pre season' to fill the void.

The European Under-21 championship and the spectacularly pointless Confederations Cup have extended the sprawling football season to the start of July, but there are growing fears that fans may have to interact socially or spend time with their loved ones in the 14 days before pre-season fixtures begin in earnest.

"It is a worrying situation," FIFA president Sepp Blatter acknowledged. "I'm a family man myself and I share that lingering dread that I could be forced to take the kids to the park or trek round Ikea with the wife.

"We're looking into expanding the existing pre-season time fillers and the hope is that we can at least tack on a qualification stage to the Emirates Cup. We're looking to have a nine-team group with the winners getting a place in the actual competition. Aston Villa have expressed a definite interest."

Amongst the other plans on FIFA's drawing board is 'Intertoto 2', for teams not quite good enough to get into the Intertoto Cup, and the 'F Trophy' - a tournament open to any team with an 'F' in their name.
Posted by Paul Watson at 02:02