Scolari: I must have got Uzbekistan mixed up with somewhere else 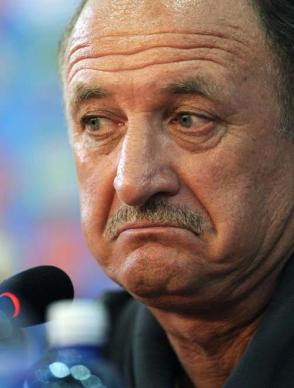 Luiz Felipe Scolari made a stir in his first press conference as manager of Uzbekistani club FC Bunyodkor this week, with the admissions that he 'can't believe I have ended up in this shithole' and 'thought it was somewhere near Italy or something'.
The football world was stunned when Scolari, a World Cup-winner with an impressive CV, accepted the post with the Tashkent outfit in one of the least-talked-about leagues on the planet. Pundits speculated that the wealthy club had made the Portuguese boss an offer too attractive to refuse, but in fact, it now looks as if Scolari - noted for his eccentric decisions - simply misunderstood where he was going. 'I mean, Tashkent!' said Scolari, speaking through an interpreter to a stunned press corps. 'Who the fuck in their right mind goes there! When the plane came in to land, I was like, hang on, what is this? A refuelling break?'
Asked why he hadn't done more research into his new club, Scolari claimed that he had 'looked them up on Wikipedia' but 'hadn't been concentrating that much'. 'I was distracted by one of those pop-ups that offer you a bigger penis,' Scolari elaborated. 'Anyway, I was pretty sure Uzbekistan were in England's qualifying group so I thought it must be in Europe. I was thinking it would be one of these ones like Croatia that have some nice beaches and what-not.'
'Instead, I have come to the fucking back of beyond. I mean, have you seen this place! I'm struggling to even find a KFC!' When local journalists protested that Uzbekistan was an emerging nation with a proud heritage, Scolari backtracked: 'listen, I'm sure it's great if you like mountain-climbing and eating honey. All I'm saying is, you can't seriously expect me to manage a football team in a country where you can't move for fucking yaks.' Scolari finished his tirade by remarking that his travel agent 'would have a lot to answer for' when he returned home.
Officials from FC Bunyudkor stressed that Scolari had 'encountered some translation problems' in the press conference and was actually 'excited and stimulated by his new challenge'.
Posted by MWatson at 20:36